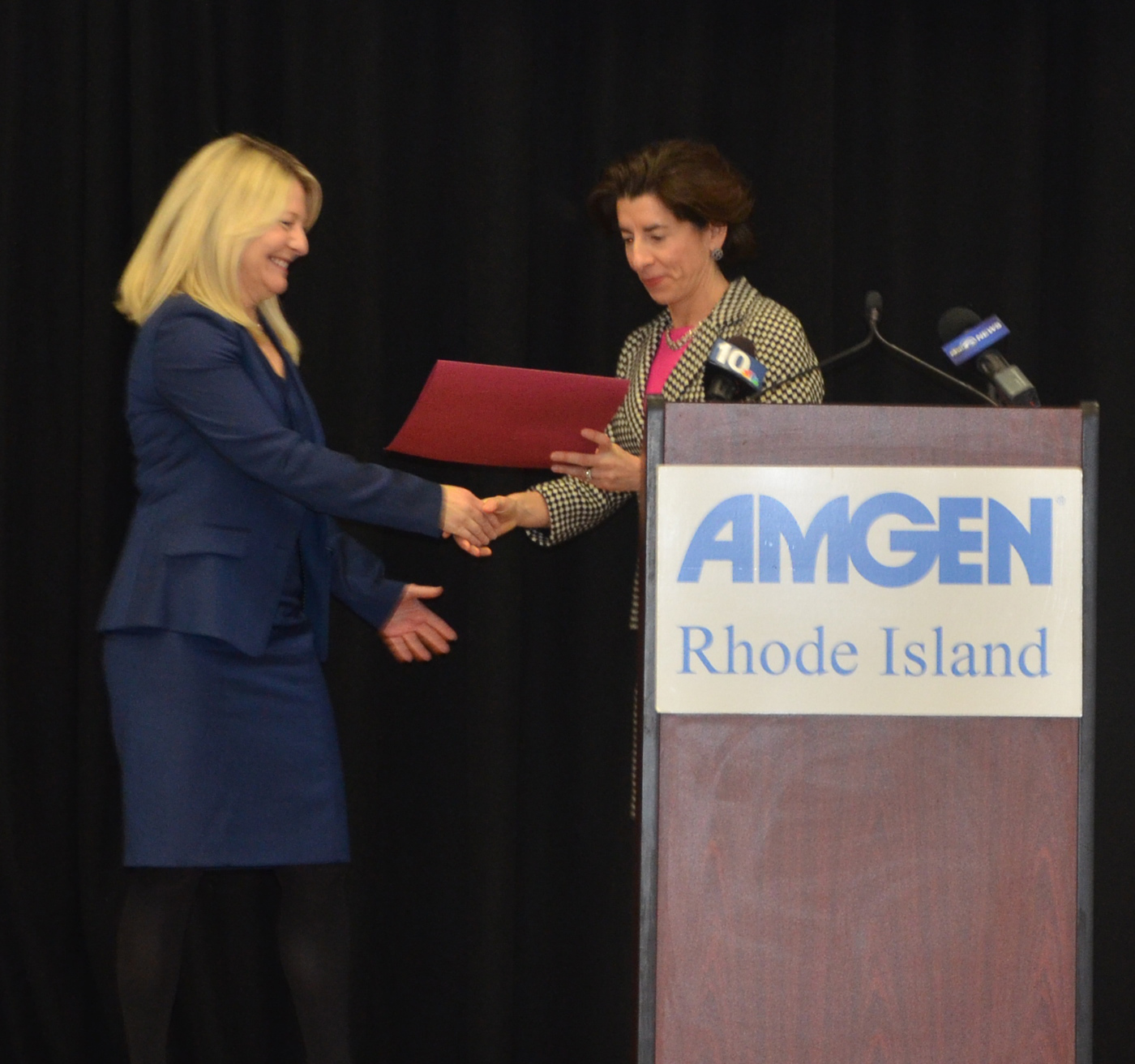 Tia Bush, Vice President, Site Operations, Amgen Rhode Island was presented with the MWM Rhode Island Stand Up for STEM Award, a special honor given to one company, girl-serving organization, or individual that has had an exceptional impact on girls and women in STEM through mentoring. Bush served on the board of Big Brothers Big Sisters of the Ocean State as well as the Amgen Senior Women’s Advisory Council, which provides leadership and mentorship opportunities for women leaders within the organization.